Another week, another weekly update. This week we talk a bit about our philosophy on how we balance, our new friends feature, sounds, leagues and cosplay.

A big balance pass is coming up next in the development queue. We have a few goals for this, but at a high level it’s quite simple:

Balancing is a very tricky topic, and a tough intellectual exercise. Generally speaking we tend to be conservative with these things and would rather take many small steps than completely nerfing or buffing a card. There is currently some lively conversations over on our subreddit for anyone who wants to weigh in on the topic.

Last night we launched our friends feature. Now you can track your record against your friends, chat out of game with them, and view their stats. You can also view anyone’s profile — someone you’re playing a game with, or anyone in your league.

Sounds are pretty much all done! This includes both sound effects, and the voice over on the tutorial. The folks at Power Up Audio are just cleaning some things up and then we’ll release it onto the world. This should be ready in the next week, so keep your eyes and ears open.

We made a change to leagues so that people don’t end up in small divisions almost all alone. For now, we combined things into a single division per league. So take another look at your league – you should have some new friends to play with! Once we have so many players that the leagues are getting so large to be silly, we’ll go back to splitting things up into smaller divisions.

Random Thing of the Week

So… Did you see our recent post about Atomic Brawl cosplay? If not – you should probably go check that out. Click here for all the amazing photos. Here’s a little teaser: 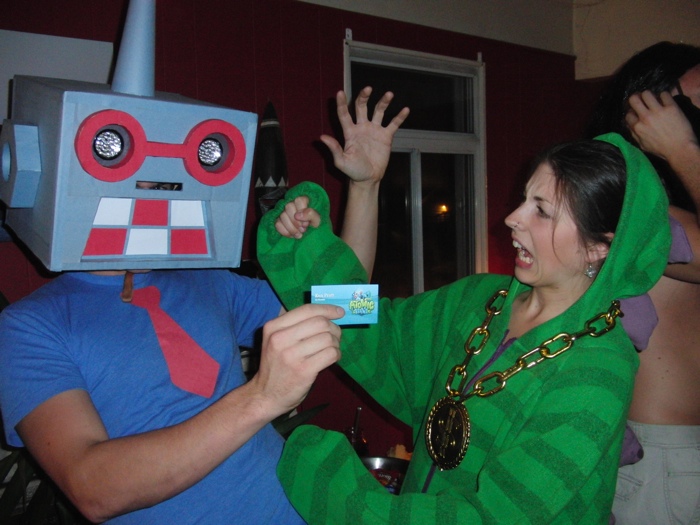